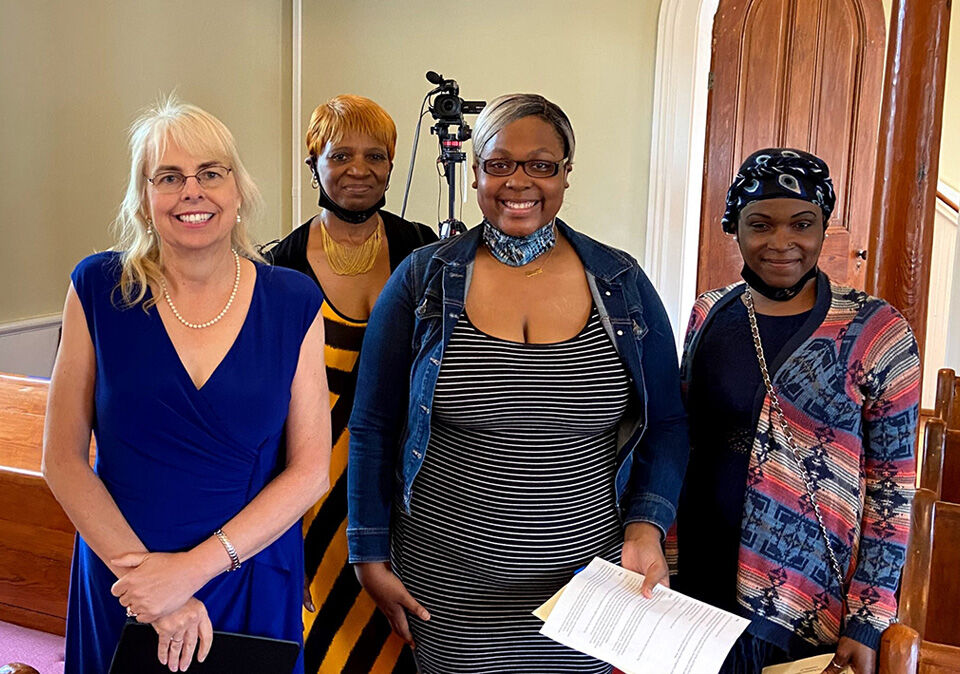 Charlii Chaffin, with her mother, grandmother and the Rev. Meg Jackson Clark.

Charlii Chaffin, with her mother, grandmother and the Rev. Meg Jackson Clark.

The First Presbyterian Church of Greensboro Adora Mills-Powers Scholarship Fund was established to aid college-bound students from Greene Country schools with their tuition costs and other college expenses. This year’s recipient of $2,000 is Charlii Chaffin, a graduate of Greene County High School.

Chaffin plans to pursue a BA in theater at Georgia State University. Her passion for acting was nurtured by the actors she viewed on television, especially on the show “Teen Wolf.” She elected to take a drama class in high school and now has three years of acting experience.  Drama teacher Megan Hollingsworth counts Chaffin as among her most enthusiastic students. “Charlii’s performances in our drama program have always been dynamic and mature,” notes Hollingsworth.

Chaffin will be a first-generation college student.

Adora Mills-Powers was the church musician at the First Presbyterian Church of Greensboro. The Adora Mills-Powers Scholarship Fund was set up after her death in 2013. Although the funds initially were not designated, the Session of the Church in consultation with family members (including her son Mike Mills of the band REM), decided to establish the fund to help Greene County graduating seniors with an interest in the performing arts attend college. The scholarship was first awarded in 2017.