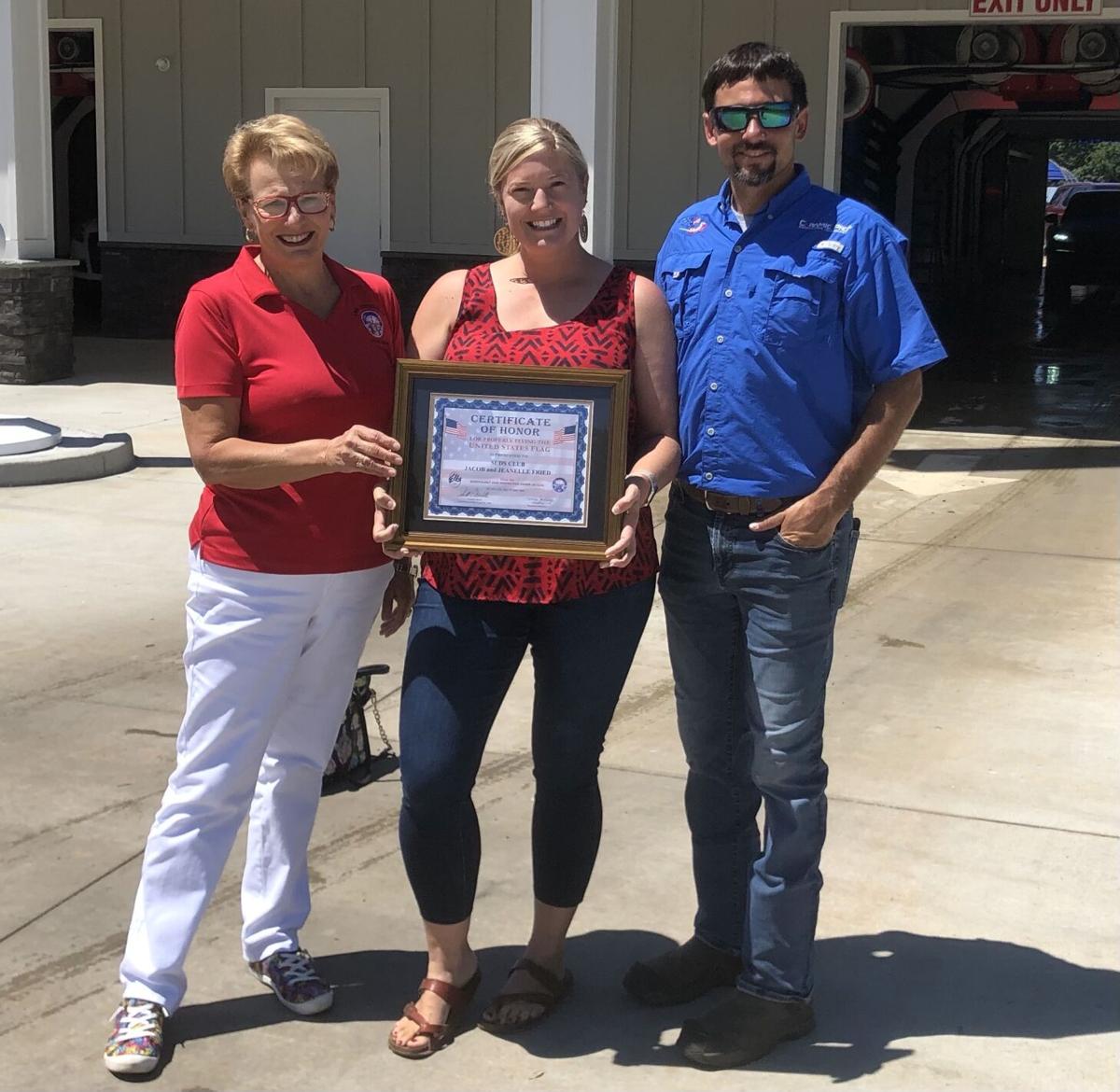 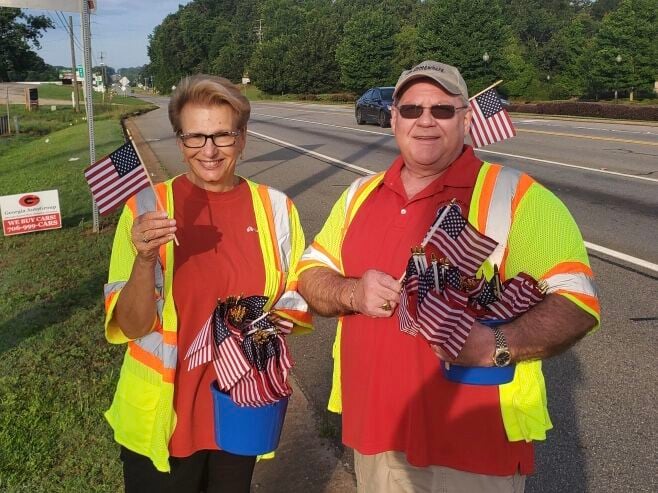 Lake Oconee Elks Lodge handed out flags to motorists on Flag Day, June 14, to make people aware of this special day honoring the national flag. The holiday commemorates the date in 1777 when the United States approved the design for its first national Flag. The 1777 resolution stated that, ‘the flag of the United States be 13 stripes, alternate red and white,’ and that, ‘the union be 13 stars, white in a blue field, representing a new constellation.’ More than 100 years later, in 1916, Pres. Woodrow Wilson marked the anniversary of that decree by officially establishing June 14 as Flag Day. Lake Oconee Lodge also recognized two businesses in the Lake Oconee area with a Certificate of Honor for properly displaying the American flag. Receiving these certificates were Jimmy Britt from Jimmy Britt Chevrolet Buick GMC and Jacob and Jeanelle Fried, owners of the Suds Club car wash. Mary Zachary, Chair of Lake Oconee Lodge's Flag Day, presented the certificates to Jimmy Britt and Jacob and Jeanelle Fried.