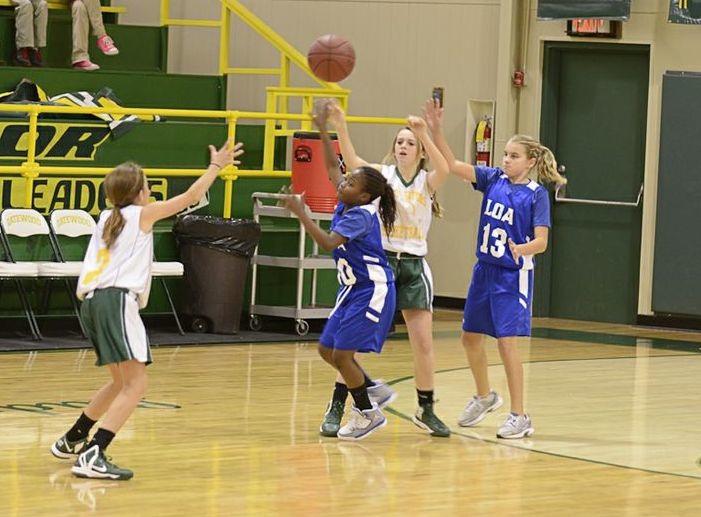 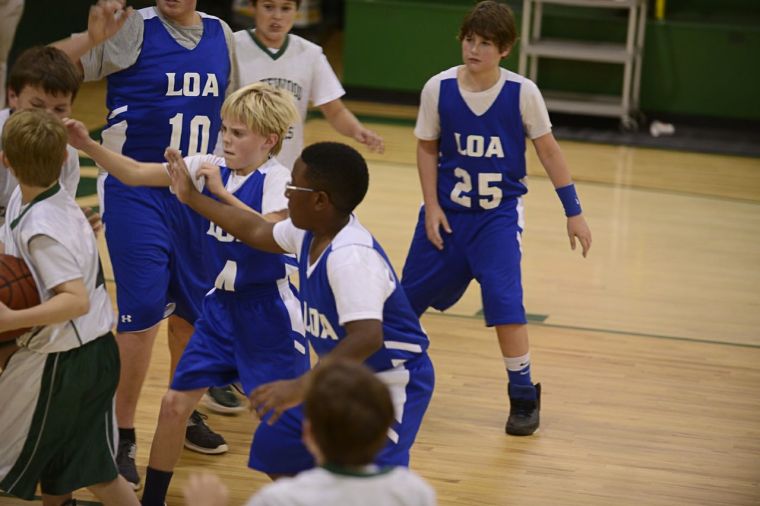 The Lake Oconee Academy Fifth and Sixth Grade boys opened their 2012-13 basketball campaign Thursday, Oct. 8, with a 23 - 8 win over the Gatewood Gators. This was the first game of the season for both teams.

The opening quarter was close with Gatewood grabbing the lead but LOA responding with flurry. Gatewood’s last lead was late in the second quarter as LOA countered with a three-point play to take the lead. The Titans never looked back as they cruised to a 23 - 8 win.

Bryson Jackson led the LOA Titans with 15 points followed by JR Kimbrough with 3.

The Lady Titans lost a heartbreaker to the Lady Gators by one point - 13 - 12. In this game, LOA got off to a quick lead and held an 8 to 4 lead at the half; however, the Gators were not to be denied. Late in the fourth quarter the Lady Gators made a run to take the lead by one point with less than two minutes left. In the last two minutes the lead changed hands several times before the Gator’s free throw shooting sealed the game. When the horn blew the Lady Gators had a one-point victory.

The Lady Titans were led by Krista Sims with 6 points and Jameshia Copeland with 4.