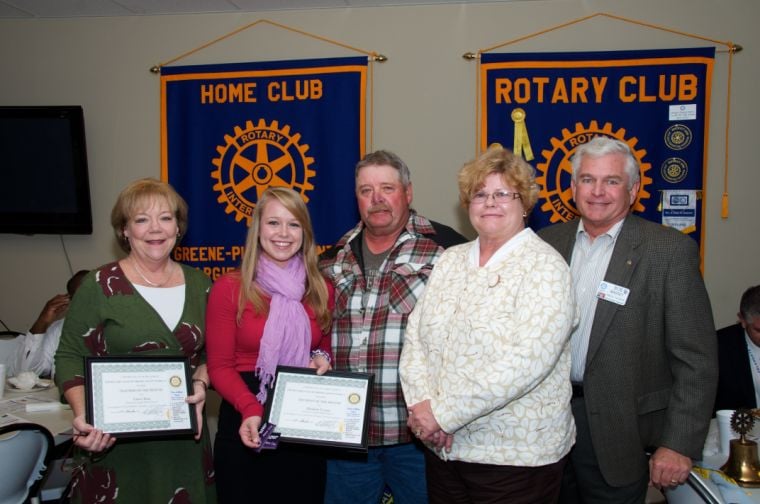 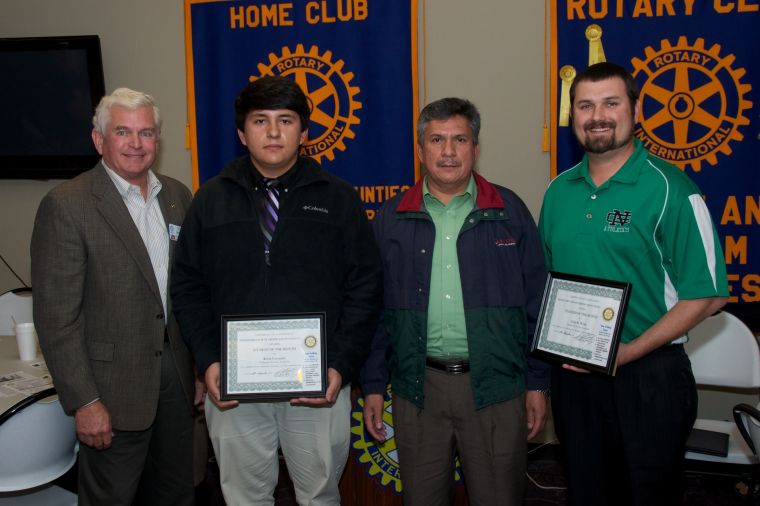 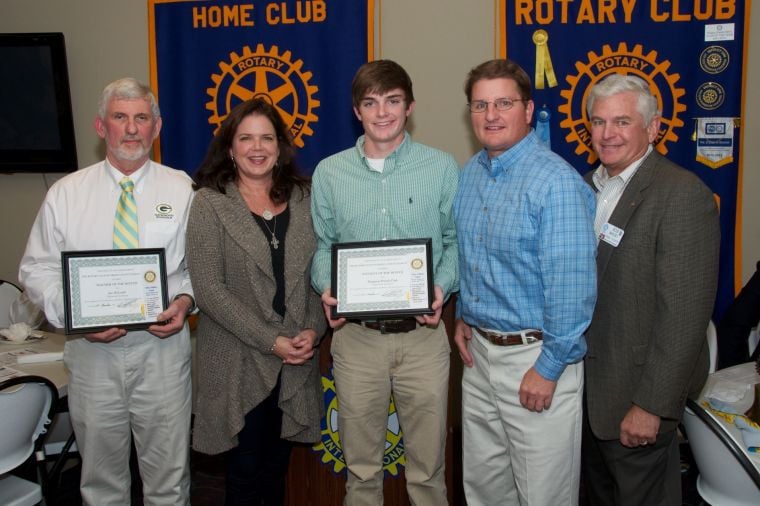 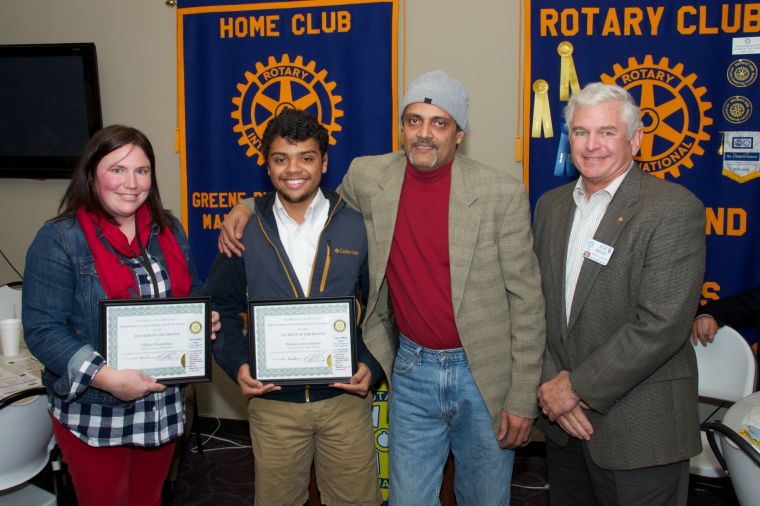 The students were recognized at a recent Rotary Club meeting. Rotarian Bob Massey presented each student and teacher with a framed certificate. In addition, Parkside Main 8 Theatre provided movie tickets for each student and will display their picture on their screens during all movie showings this month.

Hampton Clark is a senior at Gatewood Schools. He is the son of Frank and Catherine Clark. An Eagle Scout, Hampton is a member of the National Honor Society and was a state finalist at Science Olympiad. He is an Honors student and earned the Silver Award for Trigonometry. Clark is a captain of the football team, captain of the swim team, Senior Patrol Leader for Boy Scouts and a student director for the One-Act Play. He enjoys Young Life, hunting, fishing and many other sports. His Eagle Scout project was completed at the Lake Oconee Village. He has participated in gravesite cleanups at various churches and conservation projects at Philmont Scout Ranch in New Mexico. He plans to attend the University of Georgia where he will major in civil engineering. He chose Joe DeLoach as his Teacher-of-the-Month.

Michael Bachan attends Putnam County High School. He is the son of Anthony Bachan and Sheila Santos. An AP Scholar Student, Bachan is in the Top 5 of his senior class and earns college credits through his AP classes. He was the superintendent’s Student of the Month in August. He is the vice president of his senior class, captain of the varsity soccer team and vice president of Skills USA. He gives back to his community by volunteering at the LifeSource food distributions and working with Eatonton First United Methodist Church and Ferst Foundation for Childhood Literacy. He plans to attend Georgia Regents University and major in cell biology and microbiology and then attend medical school. He chose Lindsey Chamberlain as his Teacher-of-the-Month.

Kevin Cervantes is a student at Nathanael Greene Academy. He is the son of Leo Cervantes and Magda Patino-Ruiz. Kevin is a member of the Beta Club and has been on the Honor Roll throughout high school. He plays on the basketball team, golf team and football team. He has helped with canned food drives, the Empty Stocking Fund and Shoebox for Samaritan’s Purse. He plans to attend the University of Georgia where he will earn a degree in computer engineering. He chose John Webb as his Teacher-of-the-Month.

Liddy Cronan attends Greene County High School and is the daughter of Charles J. and Myra Cronan. She is an all “A” Honor Roll student with a 4.357 GPA. She has received the Georgia Merit Scholar Award. She takes both AP and Honors classes and is currently dual enrolled at Athens Tech. She is the president of FBLA, co-president of UGA Leadership Academy, secretary for the Beta Club, member of the National Technical Society, FFA, FFCLA and a member of the Interact Club. She is a 4-year player on the varsity softball team. She enjoys reading and spending time outdoors with family and friends. She is a volunteer for City of Greensboro events, plays bingo at Boswell Parker Health and Rehabilitation and helps with Beta Club projects such as International Walk to School Day and Relay for Life. She plans to attend college and major in hospitality and/or PR. Liddy chose Cherry King as her Teacher-of-the-Month.

Once again, the Rotary Club of Greene and Putnam Counties wishes to congratulate these deserving students.

For more information on the Rotary of Greene and Putnam Counties please visit us at www.GreenePutnamRotary.org or on Facebook.