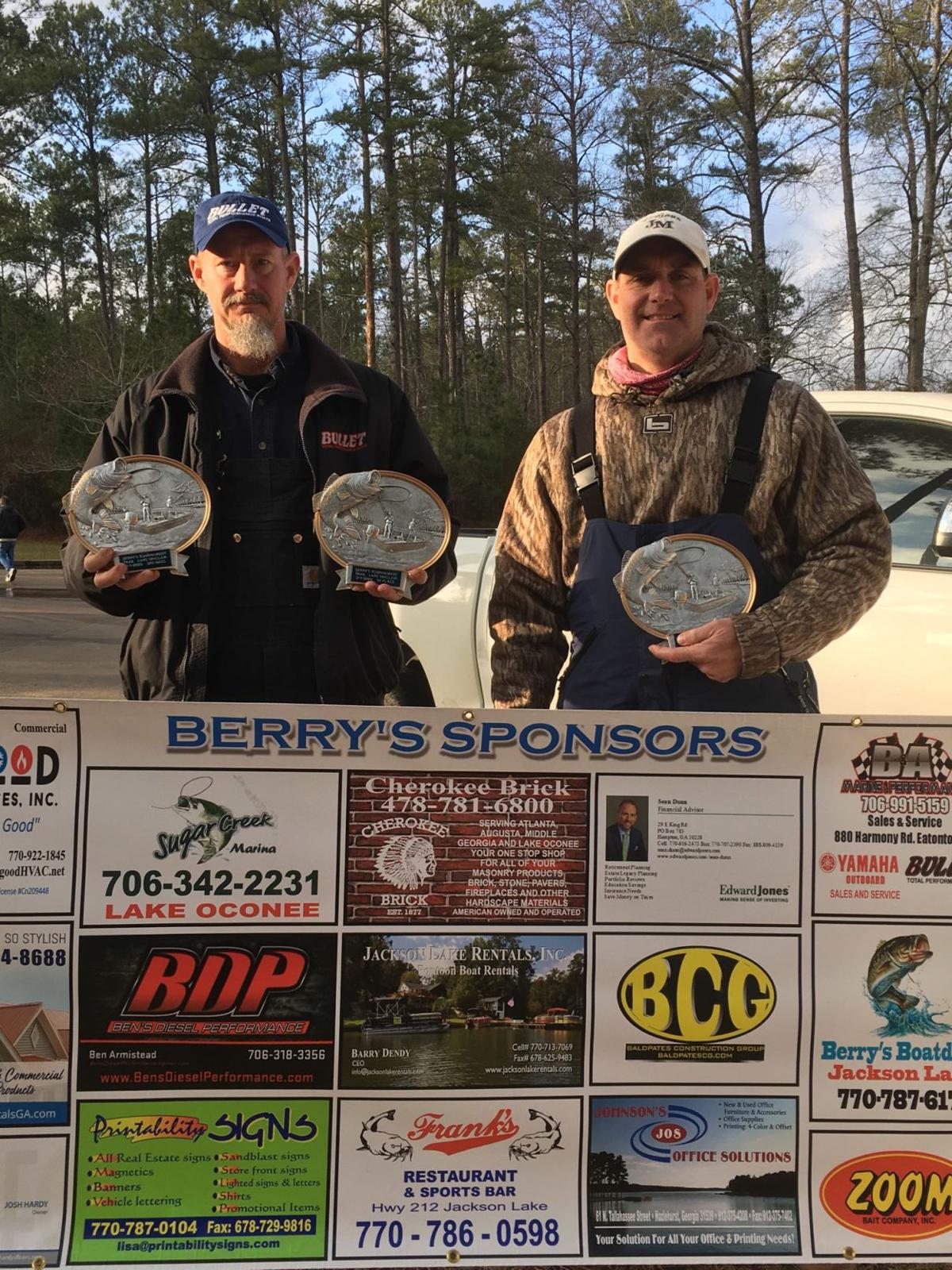 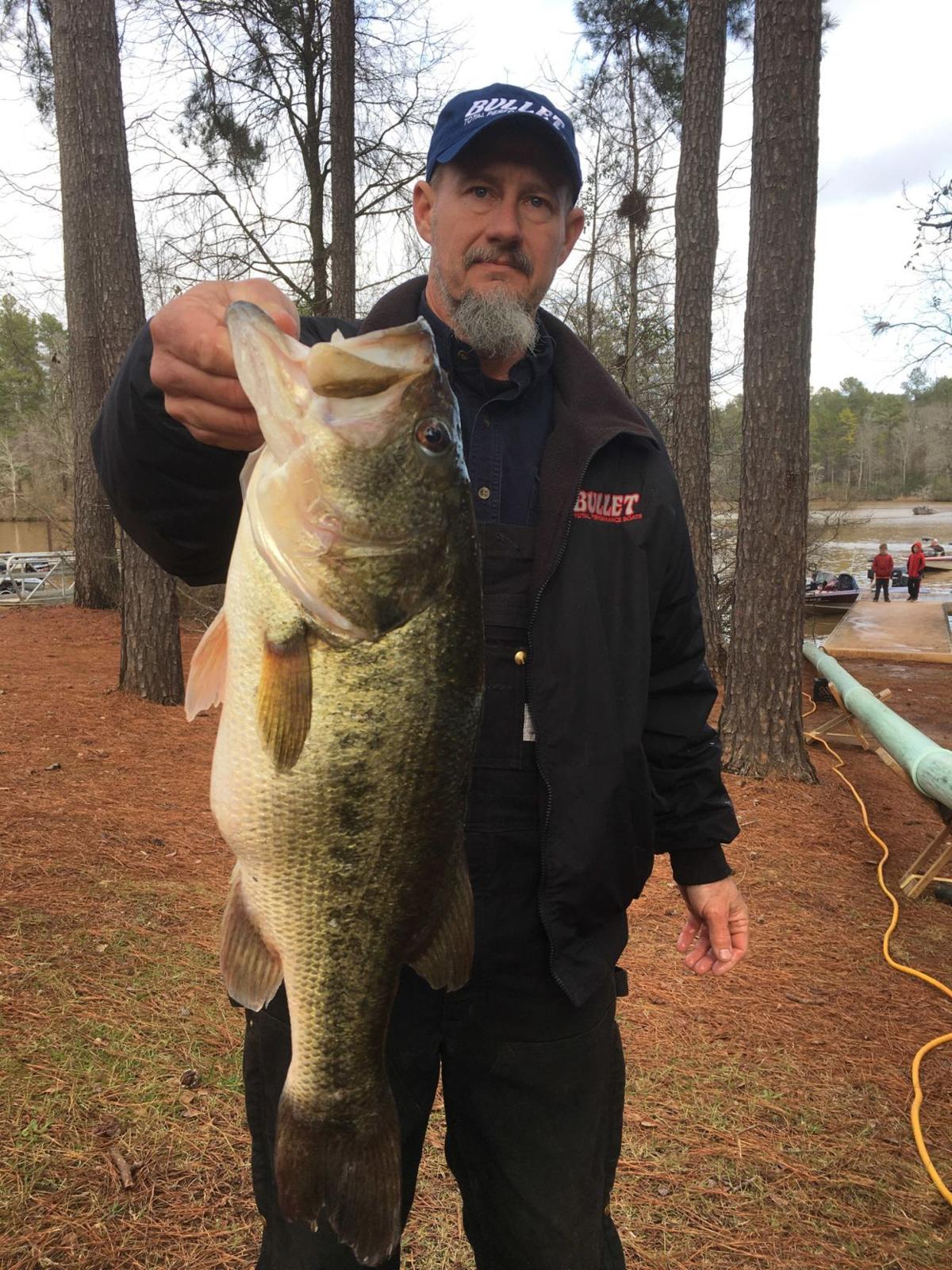 The third Berry’s Trail Team tournament was held Feb. 1 at the Dennis Station DNR Access and just about all the anglers caught fish.

Forget all the passing cold fronts, stained to muddy water and just plain miserable weather that has consumed the local area. These anglers were greeted with largemouth bass that were ready to bite and those fish could have cared less about the weather.

Jigs were the order of the day as the fish were holding tight around docks and other structure. This was one of the best late-winter February tournaments I can remember as 103 two-man teams caught 330 fish weighing 783.90 pounds. That averaged out to more than 2.3 pounds per fish, which is excellent for Lake Sinclair at any time of the year. Overall, 48 teams caught a five-fish limit.

The first-place team of Dwaine Baucom from Sparta and Jody Bellflower from Milledgeville brought a huge sack of five fish weighing 25.44 pounds to the weigh scales at the end of the tournament. The team fished jigs around docks to out-distance the field and take home $3,200 in prize money.

Those five fish in their sack averaged more than five pounds per fish and that is an incredible feat anytime on Lake Sinclair. In addition, Baucom caught the big fish of the tournament that weighed 6.48 pounds also on a jig and took home an additional $1,030 in prize money.

Finishing some distance behind but with another large bag of fish in second place was the team of Aaron Batson from Mansfield and Michael Mincey from Zebulon. They caught a five-fish limit weighing 21.70 pounds and also caught their fish on jigs. They earned $1,600 in prize money.

Third place went to Matt Henry from Milledgeville and Justin Kimmel from Athens with a five-fish limit weighing 19.85 pounds. They broke away from using jigs and caught their fish on crankbaits and earned $1,000 in prize money.

The remaining tournaments scheduled for Lake Oconee are on March 7, April 4 and May 2. Those tournaments are held at Sugar Creek Marina. At the conclusion of the regular eight tournaments, a two-day classic will be held to determine which team will take the grand prize of $5,000. The classic anglers will fish May 16 at Lake Oconee and May 17 at Lake Sinclair.

On Feb. 29 the annual Ingleside Baptist Church fishing tournament will be held at Little River Park. This is a team tournament and the cost is $130 with an additional $10 big fish pot. To register online go to www.ingleside.org/registration. Teams must register by Feb. 26. Registration after that date or at the ramp will cost teams a late registration fee of $140. A free lunch will be provided after the tournament.

Good fishing and see you next week.

— Outdoors columnist Bobby Peoples can be reached at brpeoples995@gmail.com.