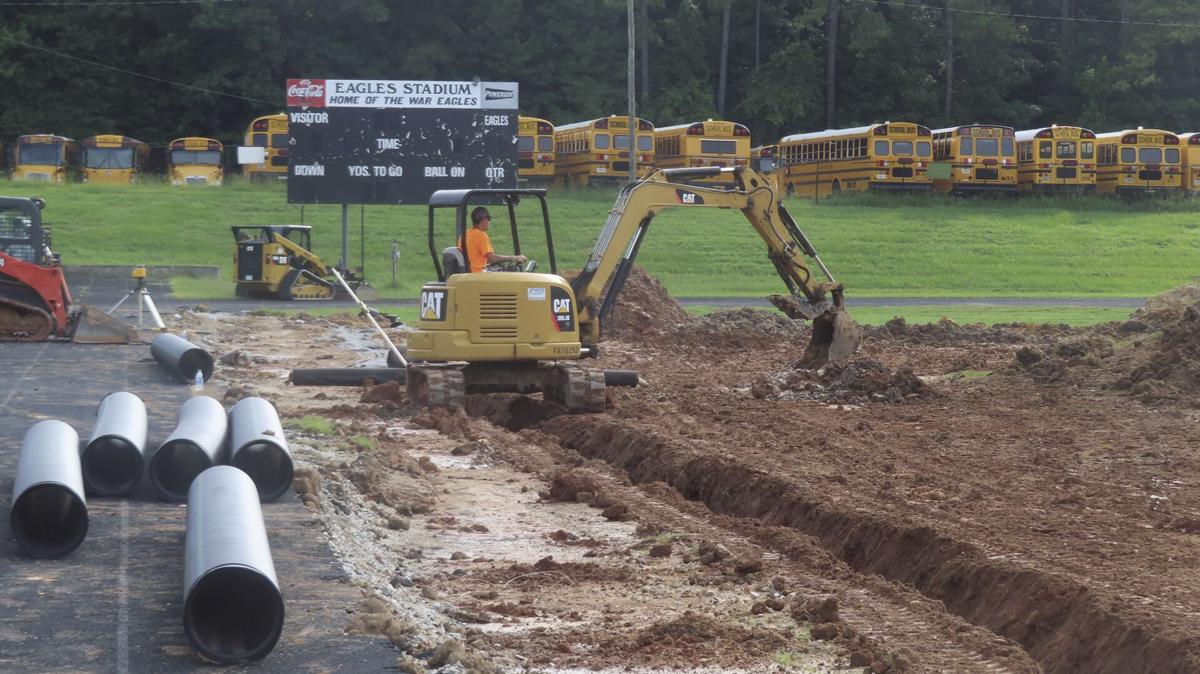 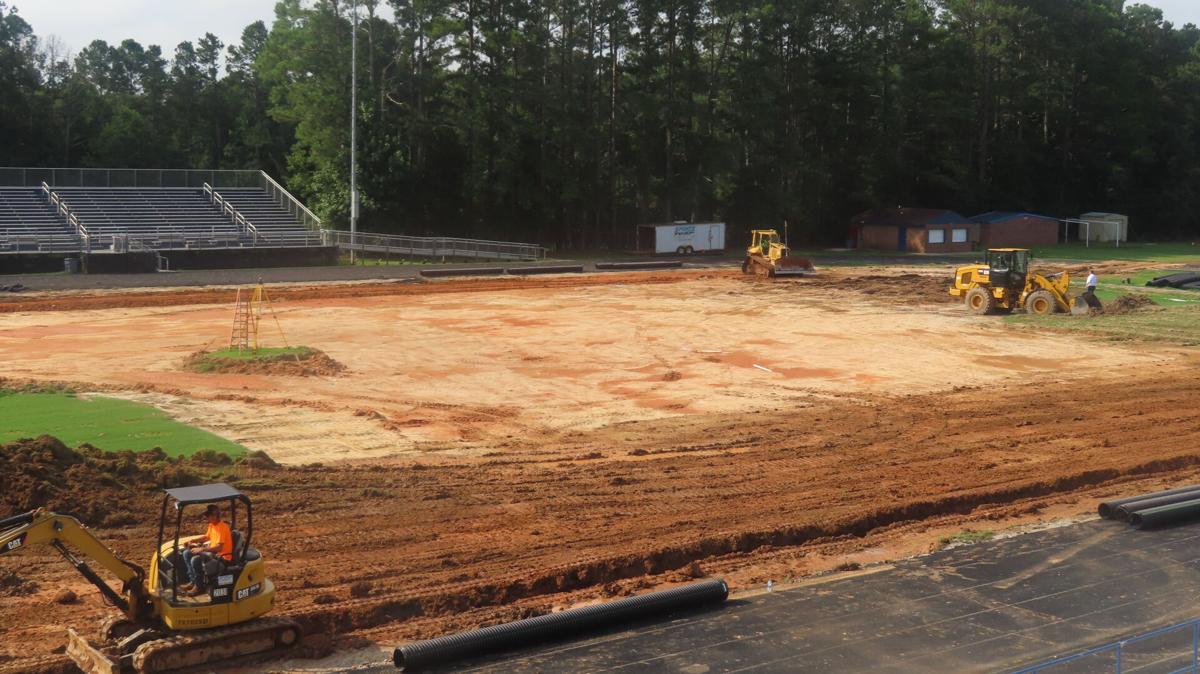 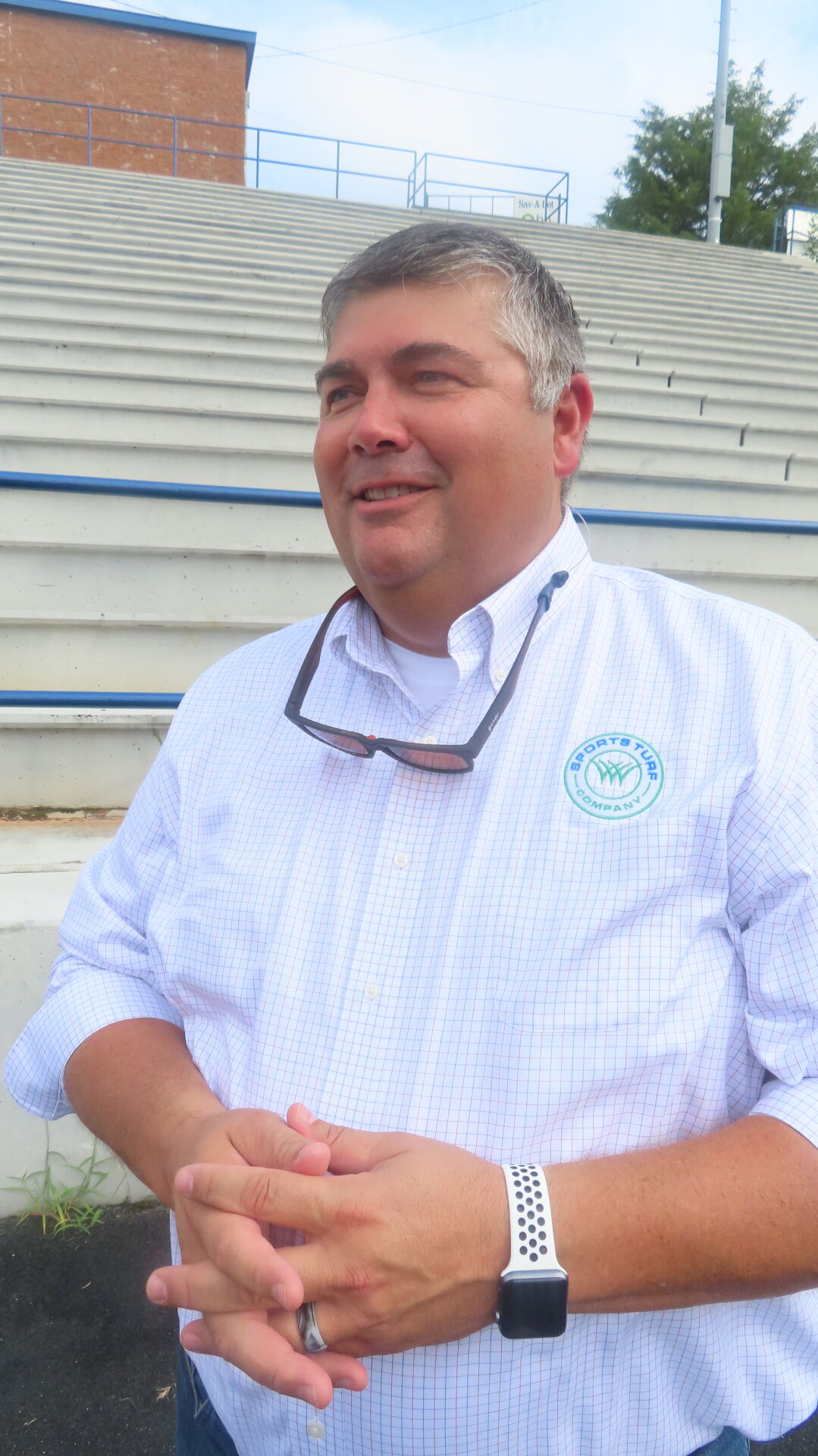 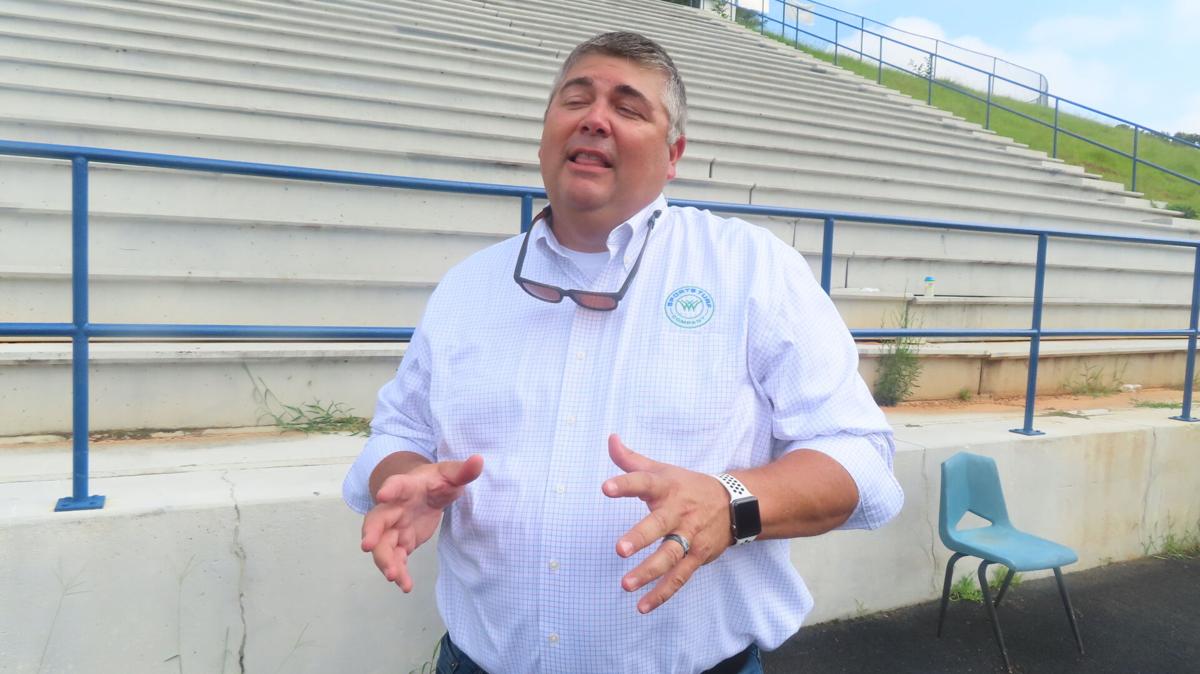 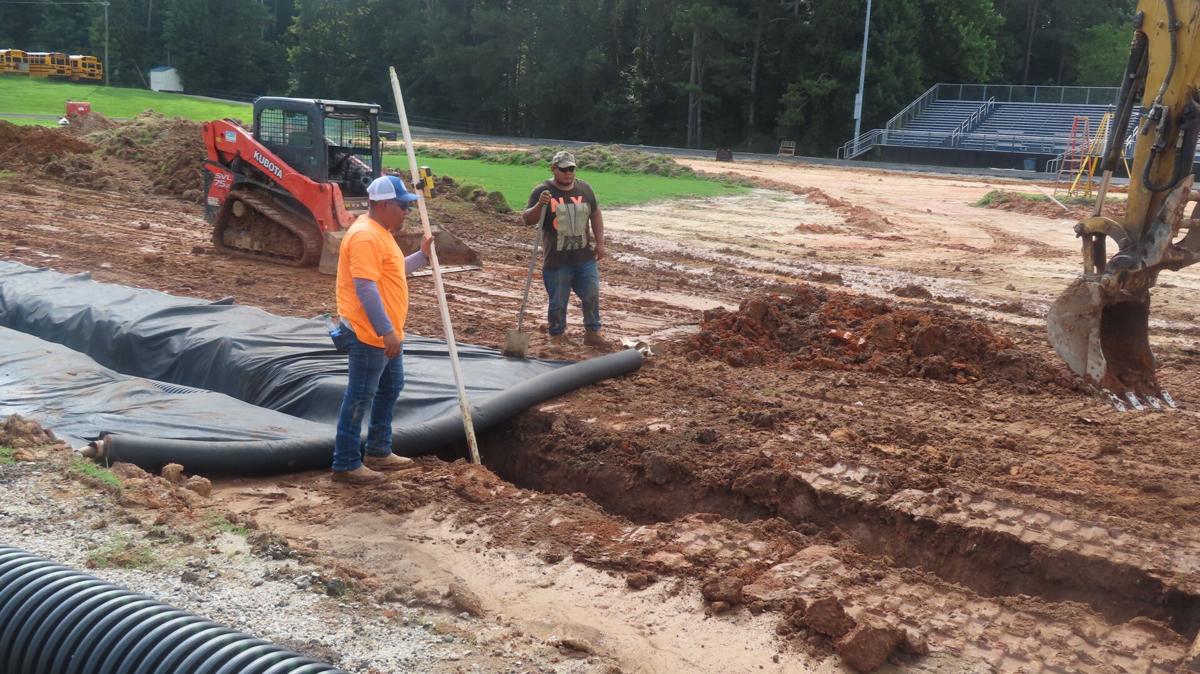 EATONTON, Ga. — It’s out with the old and in with the new for the War Eagles of Putnam High School.

Instead of the old natural grass football field that they have been playing on many years in the stadium at Putnam Middle School, they will be playing on a new synthetic turf field when they play host to Jasper County on Friday night. Kickoff is set for 7:30 p.m.

The new turf is part of a two-phase upgrade to the stadium, which has been a long time in the making. Other amenities are planned in the next renovation phase including bleacher upgrades, concession stands and a new running track around the stadium.

The overall project is made possible through funding from the Education Special Purpose Local Option Sales Tax (ESPLOST), which was approved by voters through a special referendum.

“This is definitely state-of-the-art in many ways,” according to Todd Wiggins, president of SportsTurf Company, which is headquartered in Wrightsboro, about half-way between Newnan and Carrollton.

Discussions about the turf began back in the early portion of the summer between Wiggins and officials with the Putnam County School System.

The discussions led to a purchasing process that included meeting a variety of state qualifications.

By the middle of June, the company was under contract with the school system to install the new artificial turf. Work on the project a short time afterward.

Wiggins had told school system officials that he and his staff could have the new field ready by their season home opener.

“We’ve done a whole lot of work here,” Wiggins told The Union-Recorder during a recent interview.

When crews first arrived they wasted no time getting started on the intensified work that had to be done long before the new turf could be put down, Wiggins said.

“It posed a real challenge for us because this has been one of the wetter summers that we’ve had in a number of years,” Wiggins said.

In order to assure that the project was completed on schedule, Wiggins said additional manpower was brought to the Eatonton site.

“Our goal is to have this facility complete prior to the first home game, which is Friday, Sept. 3,” Wiggins said.

Although he knew it would be a tight schedule to work under, the company president is most pleased that he and his staff were able to accomplish their goal for their newest customer.

“The interesting things about these projects is that they come together in a hurry,” Wiggins said. “The oddity of it is it’s a slow start because we have to be careful about what we’re removing.”

The aim is to remove old drainage system, and years of organic material that have built up over several years.

In addition to the new football field project in Putnam County, SportsTurf also has been engaged in five other similar projects at high schools across the state. Those schools include Camden County, Gwinnett County, where three fields are being done at Archer High School, North Gwinnett High School and Mountain View High School, a high school in Blackshear, and completed the field portion at Villa Rica High School.

“It’s been a very busy summer for our company,” Wiggins said.

Asked why he thinks more and more high schools are turning to artificial turf fields, as opposed to the traditional grass fields that have been around forever, Wiggins provided his perspective.

Wiggins said a lot of school administrators are doing whatever they can to improve their overall facilities.

“You’ve got facilities like this one here in Putnam County that are decades old and there [haven't] been any significant improvements to the fields or stadiums during that time,” Wiggins said.

He said he believes school administrators are beginning to recognize that football stadiums are outside teaching facilities as much as they are athletic fields.

“I think what administrators and school board members are trying to do is to make a quality investment for student/athletes,” Wiggins said. “Football fields are an important part of these schools. It is a football field, but it is also a soccer field.”

Wiggins said in the last couple of years, he has noticed that more sports are being played on the same field.

“With the technology that we have today, we can actually build synthetic fields that on par with natural grass from a safety perspective, which I think is one of the more important things that owners have taken into consideration in whether they go back with a natural grass field or a synthetic field,” Wiggins said. “That’s what is kinda pushing the trend. And there are a lot of schools who have made this kind of investment.”