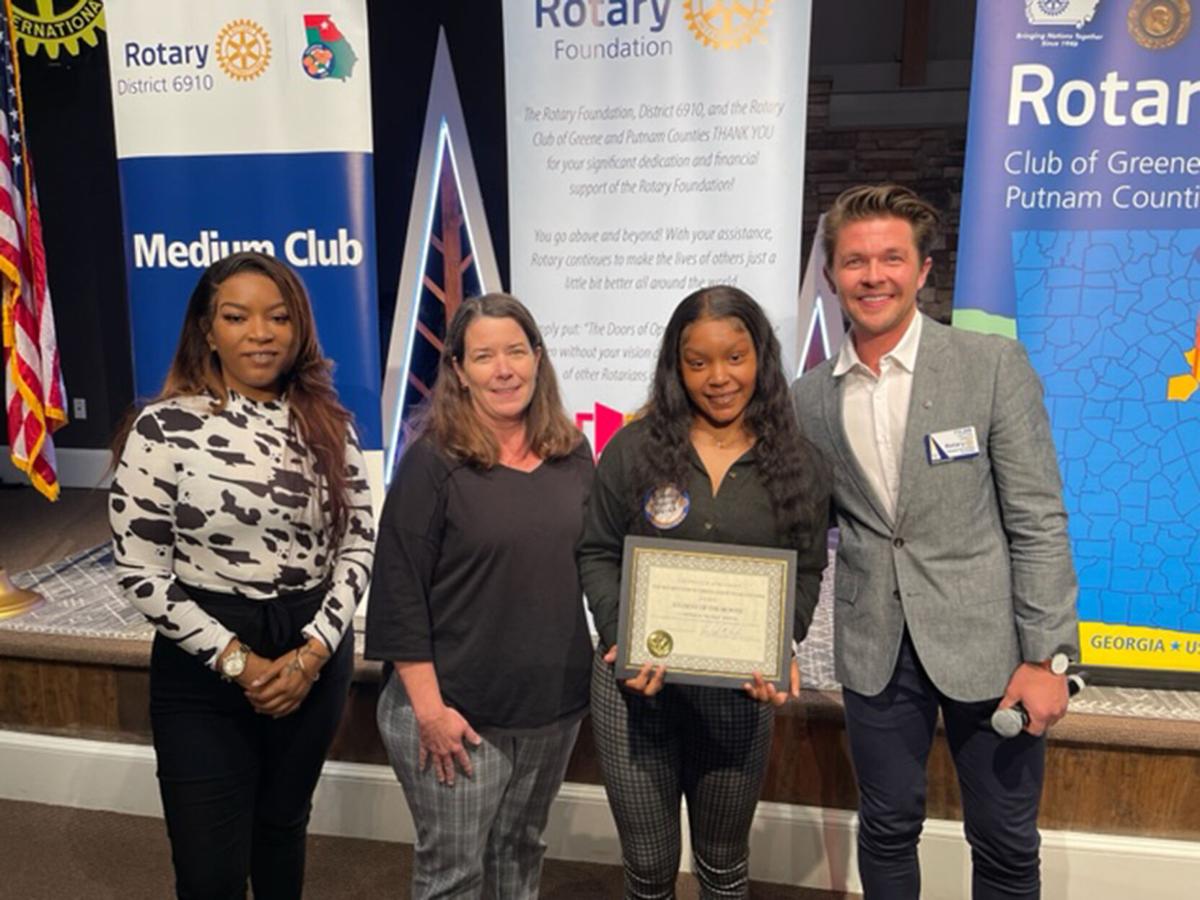 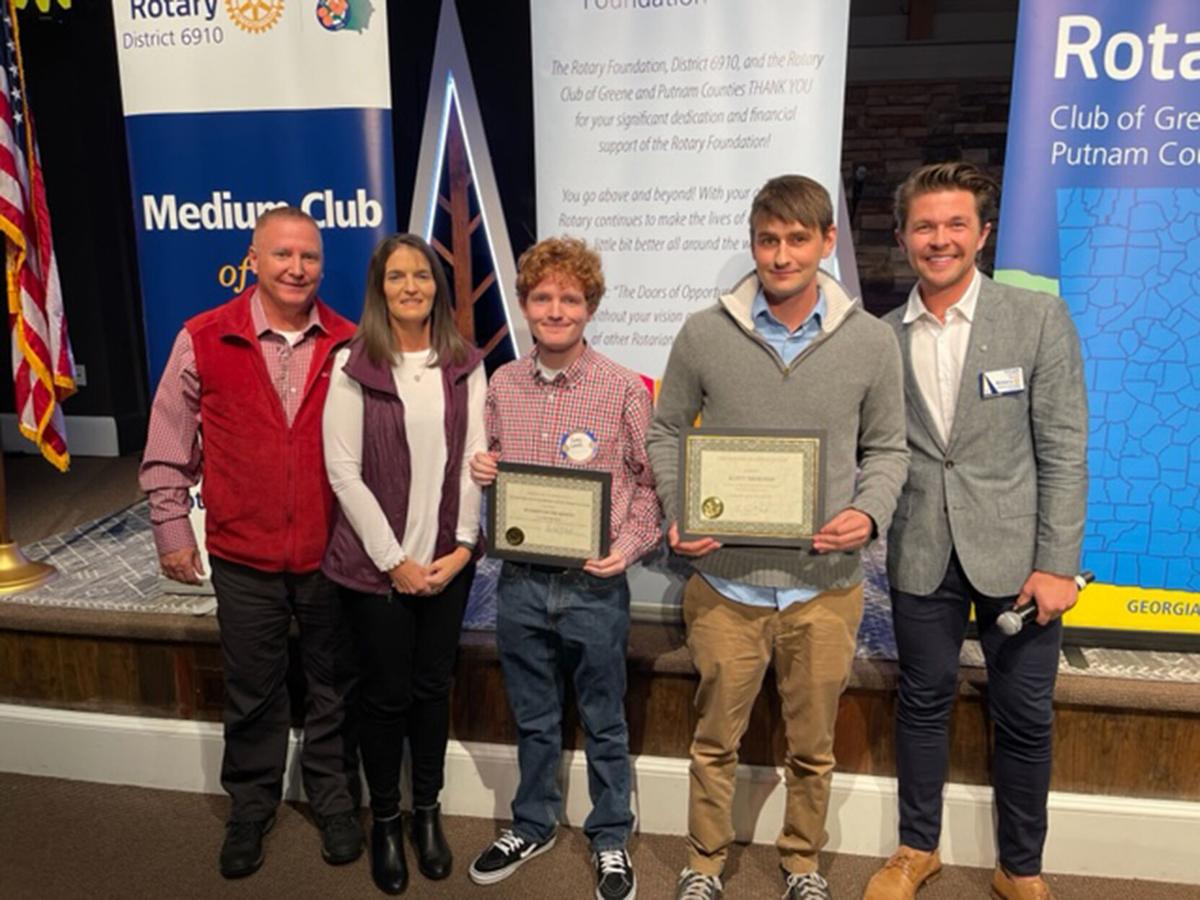 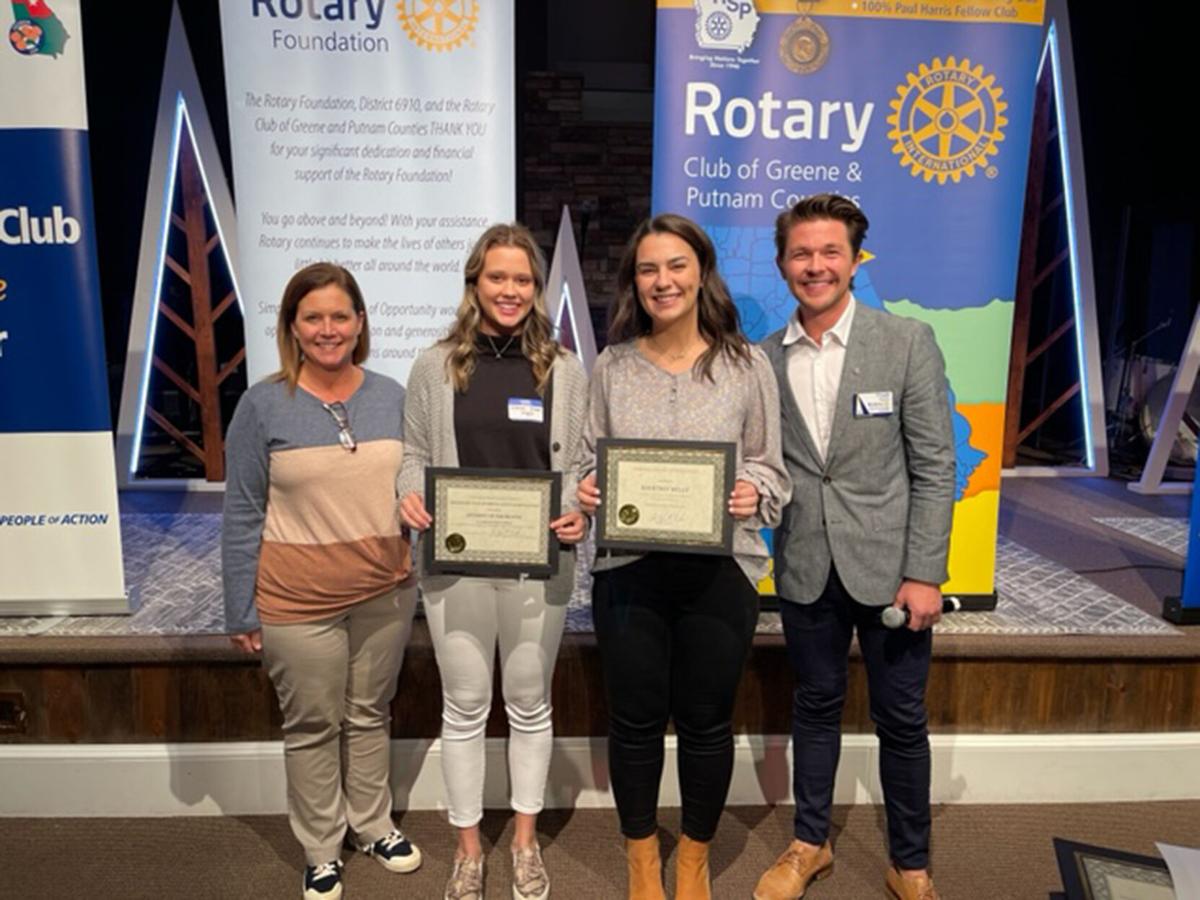 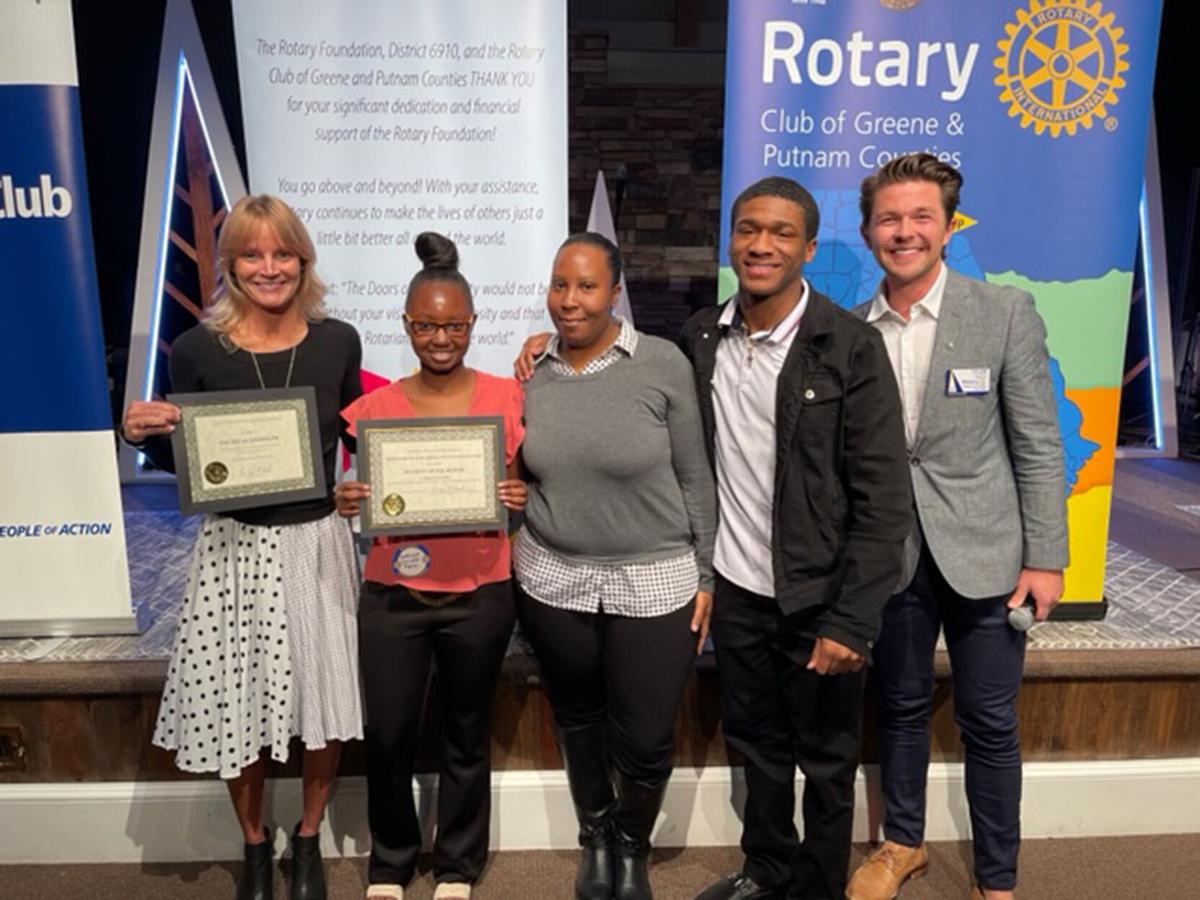 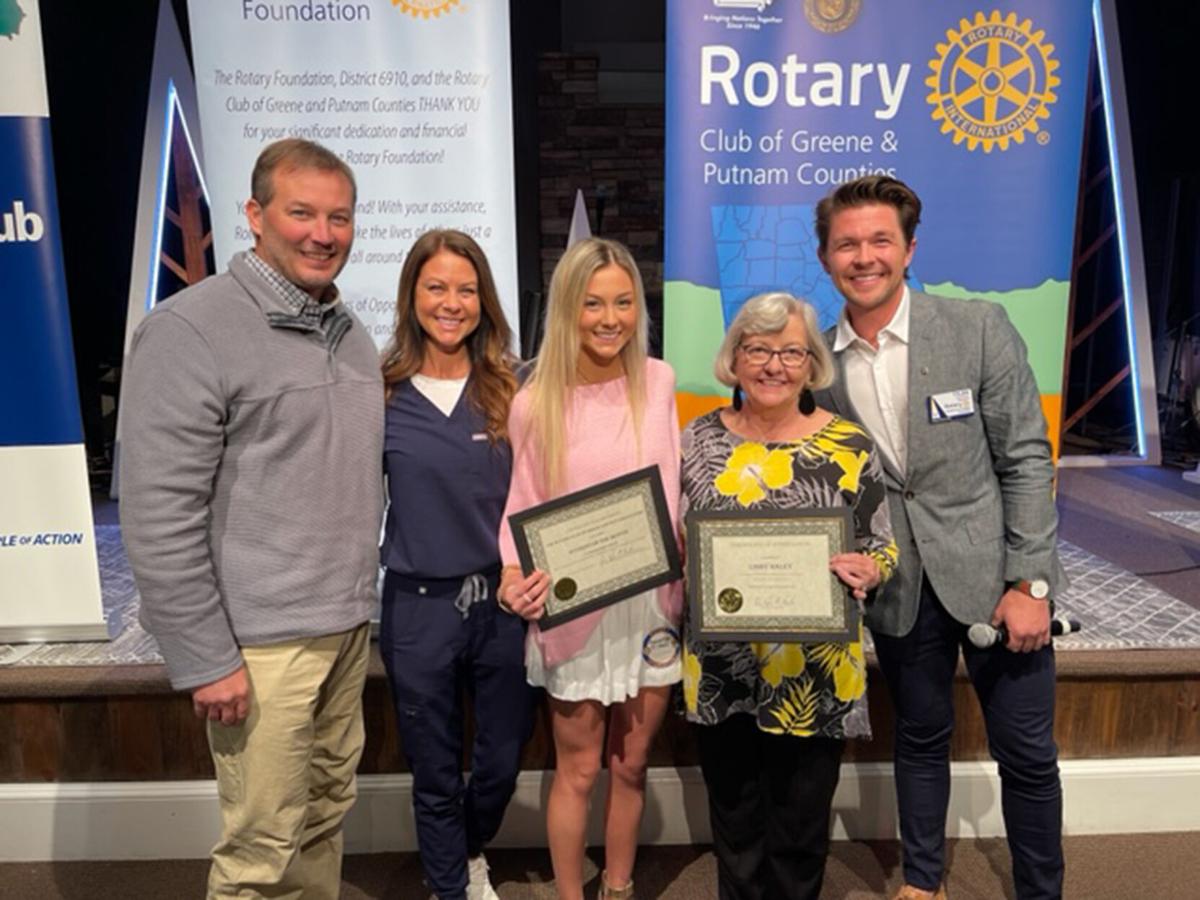 Samantha O'Neal is a senior at Gatewood Schools. Samantha's parents are Pete and Kristy O'Neal. She is an honor student, a member of the National Honor Society, on the Junior Board of Directors at the Farmers & Merchants Bank, and president of the Anchor Club. She was recently crowned as the Gatewood Homecoming Queen and selected as a senior superlative by her teachers. Samantha is a member of the softball team, cheer team, and track team. She received the honor of being selected for the GISA All-Star softball team and cheer team. She participates in multiple local community service activities. She attends Young Life youth group and Lakepoint Community Church. Her goal is to attend nursing school and become a nurse anesthetist. In her free time, she loves shopping and spending time with family and friends. Samantha chose Libby Haley as her Teacher of the Month.

ShaKayla Reid is a senior at Greene County High School and is the daughter of Shantegus Reid and Darryl Peek. ShaKayla has proven throughout her high school career to be is a very disciplined, among her classmates and encourages her peers to be responsible, stay focused, and keep a positive attitude.  She has a job outside of school and juggles a rigorous schedule with a smile on her face. She plans to continue her education in the fall. She selected Patricia Randolph as her Teacher-of-the-Month.

Sarah Grace Ingle is a senior at Lake Oconee Academy. Sarah Grace's parents are Chris and Kelly Ingle. She has participated in LOA Miracle, Student Government Association, LOA Literary, Youth Leadership Greene and varsity volleyball, recently being named All Region Player of the Year. She spends most of her time playing volleyball, but when she has free time, she loves spending it with friends and family. She also has a part-time job at Inaho and volunteers at Atlas Ministries through their thrive program. She wants to thank Chris Ingle, her father, for always being there for her and teaching her how to serve others. After high school, she plans to attend college but is undecided where. She wants to pursue a degree in Special Education. She chose Kourtney Kelley as her Teacher-of-the-Month.

Cory Lord is a senior at Nathanael Greene Academy and is the son of Dave and Lucy Lord of Madison. He is a member of the Beta Club, Chorus, and Robotics Club. He has participated in the One-Act Play and also the Quiz Bowl. He is an honor student and enjoys spending time with his family, reading, watching films, and hanging out with his friends. He plans to attend an art institution to pursue a degree in film studies and film production. He has chosen Scott Grigonis as his Rotary teacher for December.

Alyssa Reeves is a senior at Putnam County High School. Alyssa's parents are Manson and Natassia Reeves. She is an honor roll student, member of the Beta Club, and National Honor Society. She is a member of the Varsity Competition and Varsity sideline teams. She volunteers at the Community Food Bank Drive, Kiddie Cheer Camp, and Eat-A-Ton Cafe. She has received the University of Georgia Certificate of Merit, as well as several highest-class-average awards. She was in Georgia Cheerleader of the Year top 30. She has chosen LeAnne Moncrief as her Rotary teacher for December.

The Rotary Club of Greene and Putnam Counties wishes to congratulate these deserving students and teachers.